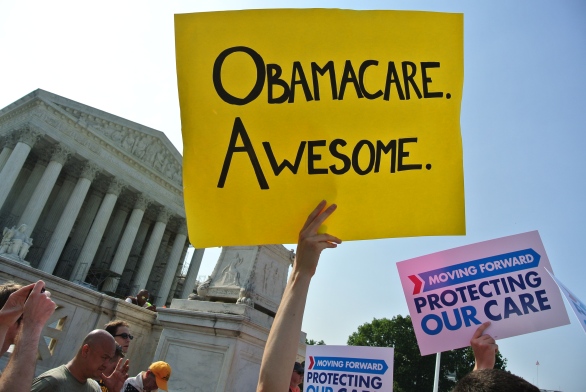 Many citizens have diverse views on the 2014 plan put in place for reforming the American health care system. For the Palo Alto community, it is no different.

The Affordable Care Act, known as Obamacare, is a health care plan aimed at creating a better and more affordable health care system for all Americans. The plan is meant to increase U.S. citizens’ health insurance coverage. This affects everyone, especially students, by adding another required expense to their list.

Like many laws, citizens have both negative and positive opinions, supporters and foes, and others who are completely oblivious as to what the law entails.

Some students shrug their shoulder on Obamacare and consider the act not important.

Melissa Croom, a sophomore English major, believes that the disinterest in health care insurance and Obamacare is pitiful in the young adult age group.

“Having insurance is so necessary…When you’re young, you are invincible…but when you get older, you start to realize all the things wrong with you,” Croom said. “A lot of students don’t think anything will happen to them, until it does.”

Brianna Elias, a freshman Veterinary Technology major, said she’s heard about it but does not know anything in depth, nor does she have an opinion toward the health care plan. Like many students, Elias receives insurance through her parents, and she says that she plans on staying on her father’s plan for as long as possible.

Obamacare has been meeting its most important goal, providing coverage to the uninsured. Around 15 million Americans gained insurance. In addition, Medicaid was expanded in 25 states, but not in Texas.

Victor Rodriguez, tutoring department employee believes that Obamacare is a step in the right direction.

“Obama is trying to do something different…we need systems like this to help people out a lot more,” Rodriguez said. He believes that it’s probably the only way we will become a better country.

Rafael Sayago, a certified advisor who is insured through Alamo Colleges, said that though he does not have Obamacare, but his view on the act is positive. He believes that everyone should have some kind of health insurance.

“Countries in Europe have universal coverage for their citizens…so this is a good first attempt to go into that direction…ensuring that everyone has some type of coverage,” said Sayago.

The right time to look for health insurance is during open enrollment, the annual period when citizens can enroll, switch plans and get subsidies on their health plans. Like many insurance types, Obamacare had an open enrollment date that ran from Nov. 1, 2015, to Jan. 31, 2016. To be able to obtain coverage under the ACA, you must have enrolled before that date.

Coverage options outside of open enrollment include being insured through Medicaid or CHIP, as well as qualifying for a special enrollment period that you can get due to qualifying life events. These including missing a deadline, having a change in family status or losing your previous health plan.

As for the people who do not have any type of health insurance, you will now be penalized and must pay a fee called the Individual Shared Responsibility payment or Individual Mandate. In 2016, the fee for not having insurance is $695 per adult and $347.50 per child (up to $2,085 for a family), or it’s 2.5 percent of your household income above the tax return filing threshold for your filing status. You will owe this fee for any month you, your spouse, or your tax dependents do not have health insurance. This fee must be paid when filing your federal tax return at the end of each year you are not covered.

For more information on the rules, regulations and penalties of Obamacare visit www.obamacarefacts.com/