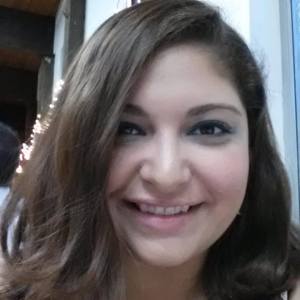 The March 2017 issue of The Pulse is the seventy-fifth issue published since the Fall of 1998. We asked former reporters and editors to let us know where they are now, their favorite Palo Alto memories, and what advice they would give to current students.

Frances Rendon Henderson is a graduate of Texas State University in San Marcos where she earned her bachelor’s degree and began a career in a broadcast newsroom shortly thereafter, two things she wished to accomplish.

Henderson is now the service executive for the Longhorn District Boy Scouts of America, Alamo Area Council. This is a career that allows Henderson to help people every day. Henderson has begun her own family, where she is accompanied by her spouse, Todd, and their daughter, Marie Eloise.

Henderson said her time on staff of The Pulse and WOAI-TV 4 was beneficial. “I’m constantly meeting new people and building relationships.  My skills help me be a better communicator and help solve problems.”

If Henderson had PAC to do over again, she would have been involved in student organizations. “I always worked while in school and didn’t make time to participate,” she wrote.

Get involved in the conversation. Be aware of your surroundings. Never give up.