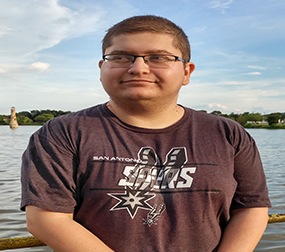 The March 2017 issue of The Pulse is the seventy-fifth issue published since the Fall of 1998. We asked former reporters and editors to let us know where they are now, their favorite Palo Alto memories, and what advice they would give to current students.

Paul A. Ochoa was at Palo Alto from Fall ’08 to Spring’13. He received his bachelor’s degree from the University of Northern Iowa in Communications-Electronic Media. He currently works as an ATM Engineer for IBC Bank, where works with the bank’s communications and IT department. His career goal is to become a broadcast engineer, and he believes he has a foot in the door.

“If it had not been for the support from my Communications professors, I would have not known about the opportunity to attend school out of state. I am the first to graduate with a bachelor’s degree in my family. When I was in my first semester at University of Northern Iowa, I was able to work alongside Around the Corner Productions, where I was able to become a camera assistant and record the university’s sporting events. I also became a disc jockey for the university’s radio station, 94.1 KULT-LP,” wrote Ochoa.