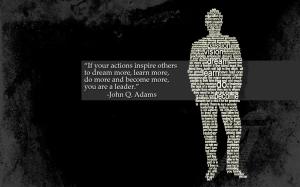 Student Government Association, or SGA, is an organization for students and by students.

Let’s say there’s a problem with your education and you believe something needs to be done, or you want some different food options in the cafeteria. SGA is the organization you should contact. The organization takes all student concerns, suggestions and anything we students believe could be better.

SGA President Austin King would like more collaboration among students clubs and organizations.

“All the organizations know about each other and everyone acknowledges they’re there, but they don’t really interact with one another. We don’t have a steady system or foundation yet, but that’s what we want to do by the end of the year,” said King.

“That’s why we’re trying to push S.H.O.R.E, especially because that’s going to be for our clubs to get together and collaborate,” said Katelyn Rose-Marie Lopez, secretary of Business and Treasury.

SGA’s S.H.O.R.E mixer is a meeting for the presidents of every club at Palo Alto College to come together to collaborate on any issues they might find.

If you would like to be part of SGA, the requirements are a minimum GPA of 2.5, a minimum course load of 6 semester hours at Palo Alto, and a 67 percent course completion rate. You must attend SGA meetings as well as meetings with the student body, and meetings with the president if they come up. In addition, you must maintain five office hours a week and follow the SGA constitution and by-laws. One perk of being a member of SGA is that some of the members receive scholarships based on their position.

Vice President Kayla Rodriguez said the goal of SGA is “to stay as interactive and relevant as possible.”

SGA also brings issues to the students’ attention, such as the potential dollar increase in fees. You can vote yes or no in your Orgsync.

The organization is also open to student input as well as improvements. They’re here for us. If they need to be contacted directly, the SGA office can be found in Room 127 of the Student Center.  If you ever need to contact the offices, their phone number is (210) 486-3129. Finally, if you’d like to see what SGA is really about, they will be having a meeting this Friday at 6 p.m. in Room 130.