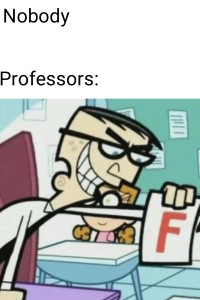 Memes are jokes shared far and wide on the Internet, and Millennials as well as Generation Z have really latched onto them.

A meme can be a number of things. It can be a funny picture, video, gif or other form of interactive media. The early days of memes involved a picture with some text on it with some sort of theme or inside joke.

Memes can come from a movie, television show or stem from common culture. As any Internet user knows, memes have grown and evolved rapidly.

Palo Alto Math major Lauren Lopez said that she uses memes because they’re relatable and funny. She uses them as reactions to things that are said online or by her friends.

The current generation uses memes in place of words to react to things. An example would be the picture of Kermit the Frog from the Muppets drinking tea to represent a reaction of “but that’s none of my business.”

Memes condense what would normally take a few sentences into a visual form that most can understand. Memes can be described as a modern form of hieroglyphics.

Memes also relish in dark and macabre humor as well as self deprecation. A lot of memes deal with the issue of mental health problems, such as depression, and can even go so far as to incorporate suicide jokes.

The World Health Organization reports that about 6.7 percent of people aged 18 and older suffer from depression, and it’s steadily climbing. Memes are a way that young people can cope with the harshness of depression through humor. A whole generation of people can relate to each other and comfort each other through Internet memes.

Palo Alto Speech Professor James Harris said that memes are a fun way for students to connect with each other. He also added that students use memes as a way to gain validation from their peers.

So what does the use of memes say about the younger generation? For one, it says that the current and future generations are more tech-savvy than any other generation.

Today’s technology is changing rapidly, and Millennials, as well as Generation Z, are keeping up with it. Memes are made on cell phones and laptops and go in and out of style faster than fashion or trendy diets.

The use of memes also says that the current generation of younger people like to be creative. Memes can come from anywhere. They can be as simple as a screenshot from a television show or a clip from a movie, then edited to convey a different message than originally intended.

Check out some free meme generator apps, like Meme Creator, Mematic and iFunny. There’s also a wealth of memes to see on sites like Reddit. Add to the creative conversation that is the meme generation.